What's the best-in-slot body armor for an act 2 hireling?

I was thinking of giving him either Fortitude or Treachery, but I don't know if there are other viable options.

If it makes a difference, he's a might mercenary using Pride and Andariel's Visage in his other equipment slots. He'll be supporting a barbarian player character, so there will always be high level Shout and Battle Orders modifying his final defense rating and max health.
5

I was thinking of giving him either Fortitude or Treachery, but I don't know if there are other viable options.

If it makes a difference, he's a might mercenary using Pride and Andariel's Visage in his other equipment slots. He'll be supporting a barbarian player character, so there will always be high level Shout and Battle Orders modifying his final defense rating and max health.

1 week ago (pre-Resurrected) https://diablo2.io/post2867265.html#p2867265 1 week ago (pre-Resurrected)   https://diablo2.io/post2867265.html#p2867265
My take is Fortitude for offense, Treachery for defense. Other options are ethereal upgraded Duriel's Shell socketed with 15% IAS for all-around balance and Cannot be Frozen, or ethereal upgraded Guardian Angel with a [email protected] jewel for max elemental resists.

I use Treachery and ethereal upgraded Duriel's Shell on different Act 2 mercs. The survivability is slightly better with Treachery when Fade procs, but he's still a dumbass. I don't have any interest in using a Lo rune plus high-end ethereal armor on him for Fortitude because of that. You could argue that the best defense is a stronger offense (life leech), but when he decides to retreat and not attack anything, then the only thing offensive about him is that he's pissing me off.

My time zone: US Eastern Time (UTC-5)
Usually available weekday evenings, can get in-game during daytime on weekdays if needed. Message me to coordinate.
7

1 week ago (pre-Resurrected) https://diablo2.io/post2867665.html#p2867665 1 week ago (pre-Resurrected)   https://diablo2.io/post2867665.html#p2867665
i probably wouldn't bother with Fortitude if he's using Pride, his damage output is going to be a bit lackluster regardless. Treachery or Guardian Angel seem like the best options to me in this case.
7

1 week ago (pre-Resurrected) https://diablo2.io/post2868100.html#p2868100 1 week ago (pre-Resurrected)   https://diablo2.io/post2868100.html#p2868100
Fortitude is the clear winner in most scenarios.
Between the solid base defense, the armor proc, the life, the res and the dmg reduction, it already beats a lot of other options in purely defensive terms.
What pushes it miles ahead though is the enhanced damage. Not only does that add a massive offensive boost to your merc (often times basically doubling his dmg) but in doing so it also becomes among the best defensive tools out there for him because it equally doubles his life leech.

Exceptions include very specific, purpose-built builds for which a merc turns into a passive aura stick or those where other offense is more desirable (e.g. Duress to get crushing blow).

That having been said, fort's real Edge is entirely dependent on your merc's base weapon dmg. If that dmg is crap then so is the fort bonus. That's why I for one agree and would not use Fortitude in combination with Pride. In that case, I'd prefer going for as much defense as possible which may be something like a Shaftstop for higher phys dmg reduction, Guardian Angel for higher resistances or even Stone or similar for higher defense. Or gladiator's bane for a solid middle ground of defense and dmg reductions. Which one exactly very much depends on where and how you play.

Treachery, in my mind, is really more of a cheaper, far worse version of Fortitude. Sure, the proc adds res but on a decent lvl and geared merc, you don't need that to Cap them. It also adds DR but is far worse than Shaftstop at doing so. The main kicker is the massive attack speed to buff dmg output and hence leech. But much like Fortitude, that turns to crap when the weapon has no noteworthy dmg (i.e. Pride).
7

1 week ago (pre-Resurrected) https://diablo2.io/post2868226.html#p2868226 1 week ago (pre-Resurrected)   https://diablo2.io/post2868226.html#p2868226
I think it depends on the purpose. Though I agree that Fortitude is almost always the best option, my merc uses Guardian Angel. He accompanies my Barb on the Travi runs. He doesn‘t have to do a lot of damage - he nerds to stay alive to dstract the minions and therefore needs the resistances…
7
OP

1 week ago (pre-Resurrected) https://diablo2.io/post2868544.html#p2868544 1 week ago (pre-Resurrected)   https://diablo2.io/post2868544.html#p2868544
There's a lot of good information posted here, so good that it actually leaves me with more questions than answers. Now I'm wondering what the best-in-slot helm for an act 2 mercenary is. I read in a guide that it's Andariel's Visage for most builds, but maybe there could be others that pair better with certain body armors.

There's also been a lot of comments about Pride not being as useful for life leech, presumably because it doesn't have an enhanced damage bonus. I paid an arm and a leg for a perfect +15% ED base, because IMO this is one of the few runewords where a superior base actually matters. +15% ED on a superior Pride base is as good as +15% overall physical damage, so the merc can make the most out of his life leech. However it's still much less damage than what you would get from other popular choices like Infinity or Insight.

1 week ago (pre-Resurrected) https://diablo2.io/post2868787.html#p2868787 1 week ago (pre-Resurrected)   https://diablo2.io/post2868787.html#p2868787
I have a triple offense aura bowa with the Act 2 merc providing Might and Concentration via Pride and I have Fanaticism via Faith. With a Giant Thresher (-10) base and the Fanaticism speed buff, he only needs 44% IAS to reach the max breakpoint for an 8/2 Jab which is 6.25 hits per second and a hoot to watch. I have 35% of that IAS coming from a socketed Andariel's Visage. Either Duriel's Shell socketed with 15% IAS or Treachery gets the job done there.

With that setup, he's doing 92% as much Jab DPS (15.4K) as my Might/Infnity merc (16.6K) on my java, although his character sheet damage (regular attack DPH) is only 2/3rds of the Might/Infinity merc's. Both mercs are the same character level.

Without Fanaticism, Might/Pride does about half the Jab DPS (8.5K) of the Might/Infinity merc if both are compared without a DPS-enhancing armor. In this case, adding Fortitude's ED boost would outperform Treachery's IAS boost by about 10% (10.3K vs 9.3K DPS).

Since I deal the vast majority of the DPS anyway, my personal preference is that I'd rather have the merc proc Hit Blinds Target and Freezes Target more frequently with the IAS of Treachery than give him the 10% increase in DPS from Fortitude.

As for helms, Andariel's Visage goes well with any of the aforementioned armors for the +2 skill boost to his Jab and inherent aura, IAS, and life leech. The only downside to Andariel's Visage is the negative fire resist, which can be mitigated with a Ral. Otherwise, Vampire Gaze is strong defensively for the damage and magic damage reduction as well as adding cold damage if that's a desired attribute (not for horkers obviously).

My time zone: US Eastern Time (UTC-5)
Usually available weekday evenings, can get in-game during daytime on weekdays if needed. Message me to coordinate.
8 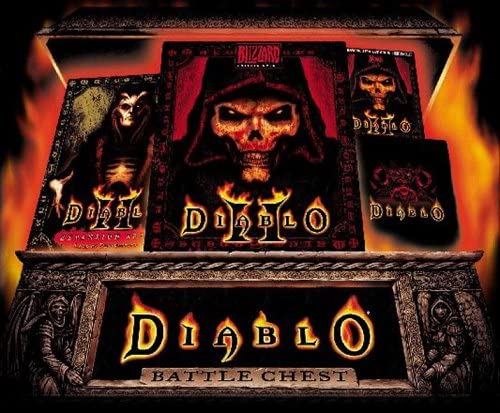 the worth of small charms

You got really lucky? Then share it with us here =)